Ask people around what computer games are and I bet a majority will come out with answers pointing towards them only promoting violent fights and pointless time pass. If you tell them that some of these can prove more entertaining than your favourite Hollywood flicks, they will mostly still point fingers towards the fighting or other stuff that the player is supposed to do. My parents also fall into that category and hence, me playing games isn’t appreciated as productive even when entertainment is concerned.

That’s why before I started playing Control, which is Remedy Entertainment’s latest horror flick, I expected similar taunts from them. However, five hours into the game and I found them joining me in playing as Jesse Faden, the game’s protagonist. And after spending considerable time in the weird world of Control, I found myself pondering over its gripping story and having a secret desire to step into Jesse’s shoes.

Before I begin, let’s go over the basics. Control is right now an Epic Games Store exclusive on PC (it will come to Steam soon) and is also available on PS4 and Xbox One. The basic version costs Rs 3,499 whereas, on PC, you will have to spend almost Rs 1,650 if you buy it from Epic Games Store.

With that out of the way, let’s dig in what Control has to offer.

Storyline: Probably the best psychic tale you may have heard

Weird – this is a word that can best describe what Control is. The game’s narrative begins with putting you in the shoes of Jesse Faden who visits the Federal Bureau of Control (FBC) to look for answers about her missing brother. The Federal Bureau of Control is a fictional government agency meant to look into supernatural stuff. Once Jesse visits the office, she starts having supernatural experiences which eventually lead her to become the director of the agency. Jesse has to fight this supernatural prism, also referred to as the Hiss in-game, and all the people it has infected. The story then goes on solving what’s happening in the world and fighting the bad guys. 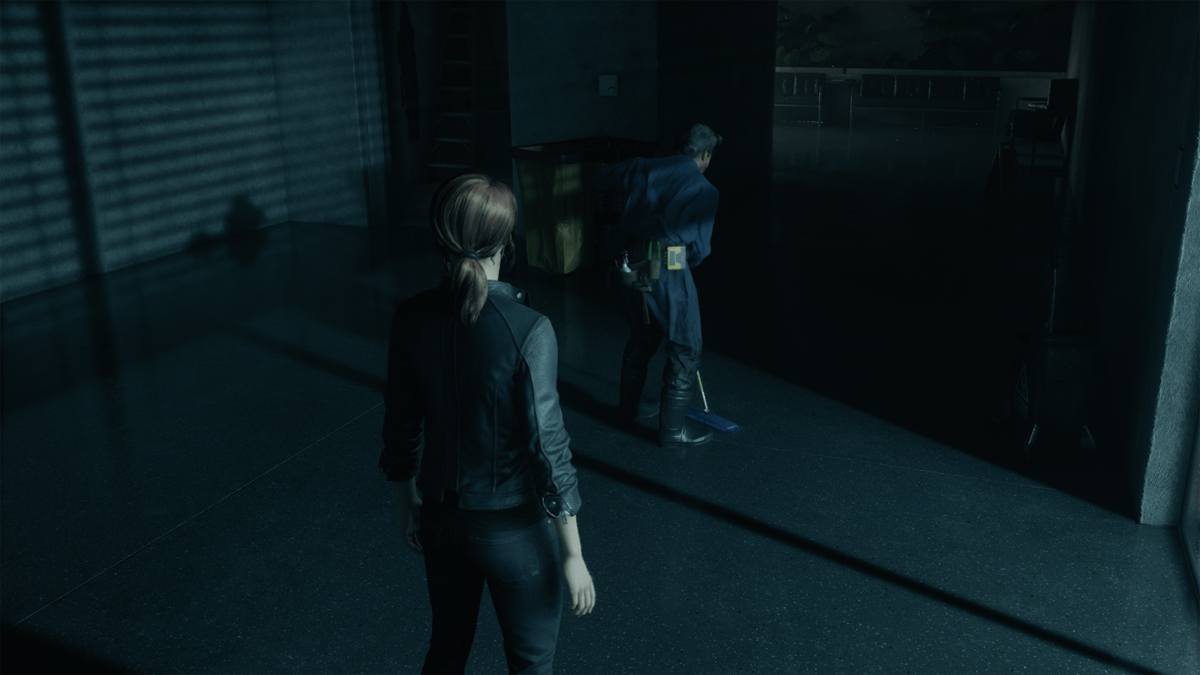 Control’s storyline is easily the most gripping story I have witnessed in a game so far. The writers have done an impeccable job with the screenplay, often forcing you to believe whatever the narrative has to say. And similar to a movie, you will have to go through all the cutscenes and every dialogue Jesse says to understand what’s happening. And if you do that, you will find yourself spending hours in Control before you even realise. At times, the narrative may seem to be stretching unnecessarily but if you hold on, the exciting parts come soon after. You also get to deal with certain side missions that require immense puzzle-solving capabilities alongside the main story.

Gameplay: Jesse makes you feel close to Superman, but in a dark world

In the beginning, Control seems like a simple narrative game where all you have to do is walk and solve puzzles. As the game unfolds, you slowly start seeing Jesse transform from a mere mortal to one shooting guns and using supernatural powers to mow down enemies with interactive material in your surroundings. Jesse gets a shape-shifting gun that has limited ammo and it takes time to reload while in combat. The weapon is upgradeable over time, unleashing new destructive powers than before. And since ammo comes at a premium during combats, you have to use Jesse’s supernatural powers to fight the villains. I relied mostly on the force punch and another one where Jesse could lift and throw objects on the enemies. The defence strategy is the coolest as Jesse can summon rocks from underneath and use them as shield levitated in the air. 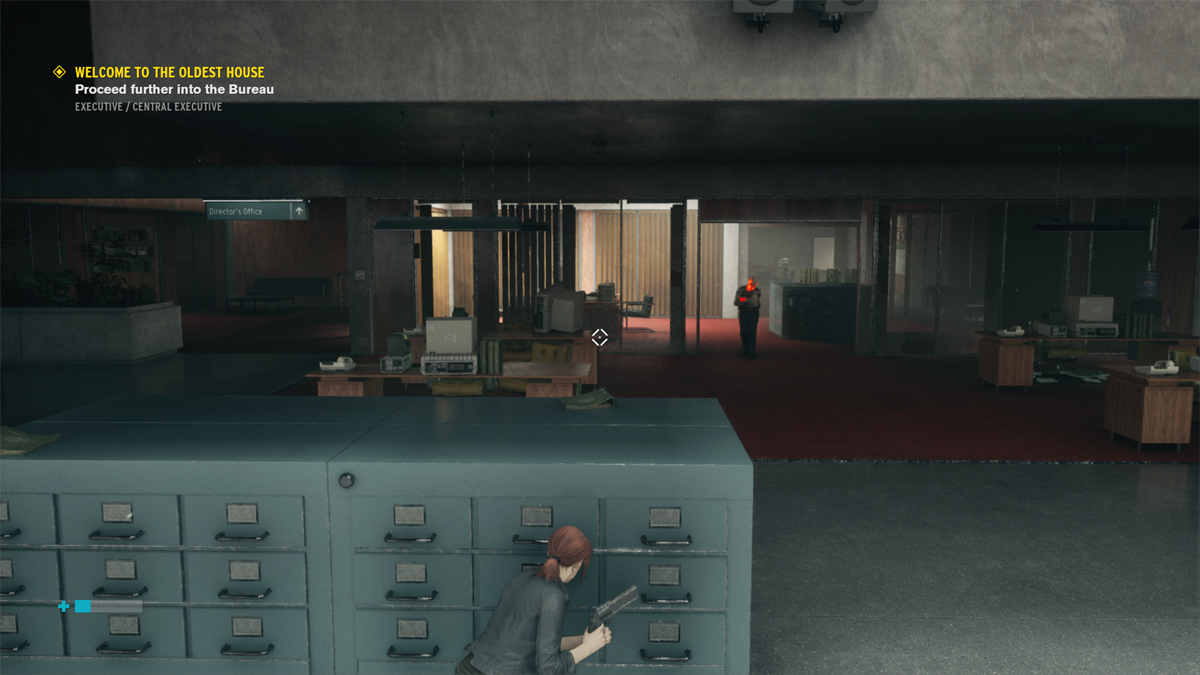 The thoughtful world design plays a key role in making Control what it is. The entire story takes place inside the FBC and hence, you get to see the typical government office construction with cubicles and large cabins. Once you start witnessing the supernatural elements, that same drab building design accommodates scary surroundings. All the levels are highly detailed and you can interact with each and everything. This might make you spend more time in a particular spot, examining the details up close. And even when you are in the imaginary world of Jesse’s, the minimalist world with strange cube-like platforms does offer a much-needed visual break from same old concrete interiors you spend most of the time in.

And then there are the enemies you have to encounter. In my time, I encountered five types of enemies in Control and most of them are easy to fight, provided you have engaged your mind in each of the battles. Some of them look scary and may only add to the chaos in your mind in either running away or going for a clever plan to fight it.

However, where Control comes into its own is the way it fuses these elements. I am not lying but the gameplay did give me Goosebumps every time I sat down to play. The level design is intelligent and when you have to encounter the supernatural monsters multiple of them at a time, this is where your grey cells have to work overtime to combat. You have to figure out which combat style works the best in certain scenarios and how you can use the world to your advantage. 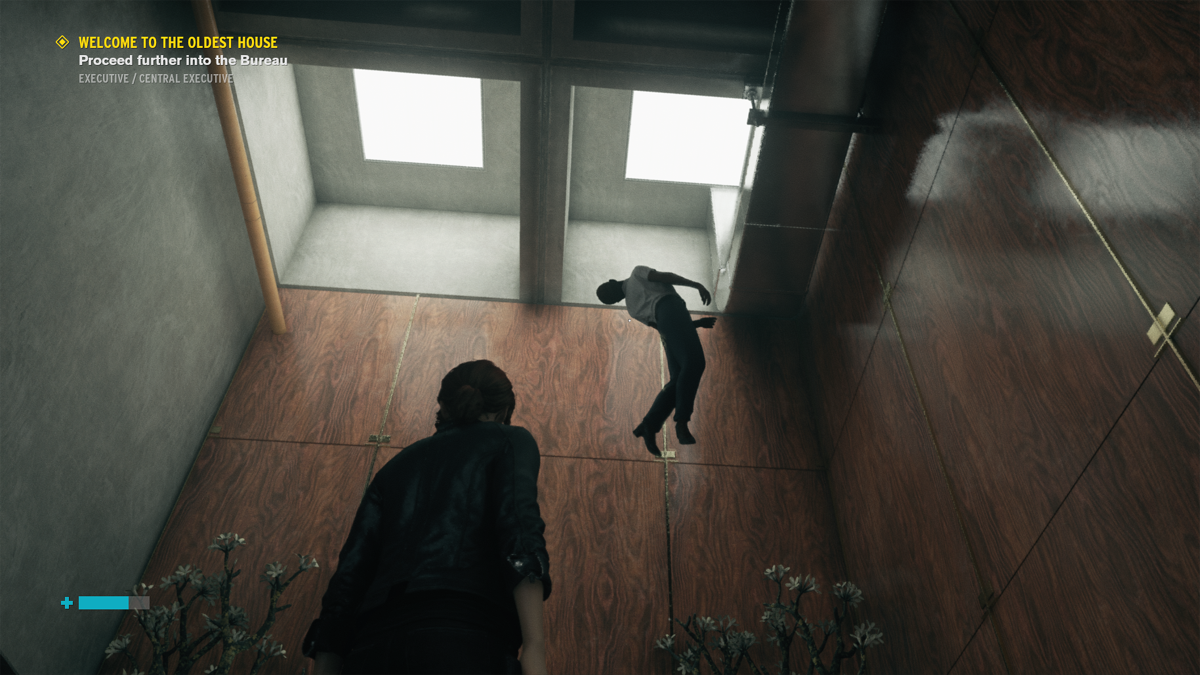 And if you thought that was all of it, Control’s impeccable sound designing only makes the entire experience scarier. At times, there’s no background score, with only Jesse’s footsteps being your only mate in the hollow doorways and dark alleys, echoing more than usual. And when the enemies come, the sound effects make them scarier than they are. I usually avoided playing this game at night (I don’t want floating bodies horrifying me in the dreams with such sound effects).

Graphics: The best use of ray-tracing I have seen

In a horror-based thriller title, graphics play an important role in adding to the overall experience. For Control, Remedy Entertainment has presented a top-notch work in this department. And, this game also supports ray-tracing. And given that the game has a dark and mysterious theme to its presentation, all of these only make it a visual spectacle.

Whichever part of the game you are in, your eyes will feast on the highly detailed textures. I was able to make out all the minor details on a computer and the books in the cubicles. Even when your character is doing damage, the effects on the surroundings seem authentic. I have never seen a wooden table breaking up so satisfyingly in a game ever. Character design is also where the studio has done a great job. Jesse looks and feels like an actual woman from every angle. The facial expressions and the textures are so good that if you show it to a layman, many of them will take her to be a real woman. The other non-playable characters also seem life-like and the effects surrounding the enemies are surreal.

And when we are discussing graphics, we have to talk about the effects. The way the supernatural beings vanish after being defeated looks satisfying. And the whole thing adding on to the effects is ray tracing that the studio has made copious use of. Unluckily, while reviewing Control, I didn’t have a laptop with an Nvidia RTX graphics card but I did play the game on my friend’s system equipped with an RTX card and the lighting effects made the game look even better – every scene looked straight of a Hollywood flick. Without ray tracing, you aren’t losing out much. Even in the lowest graphics settings, the game ensures the goosebumps keep coming. All-in-all, if you love graphics above all, Control won’t disappoint.

Control is one of the best games I have seen this year. Remedy Entertainment has done an exceptional job in creating this thrilling masterpiece that goes on to show how gripping can games be if the developer pays attention to the storyline. The story is the hero here that’s been driving the rest of the stuff. The graphics and the special effects are mind-boggling, and when fused with the intelligently designed gameplay, it makes for a game that you cannot put down for hours. Whether you like games from this genre or not, Control is a game you should try at least once.

Related tags : a brings control Game goosebumps it out review: so that thrilling