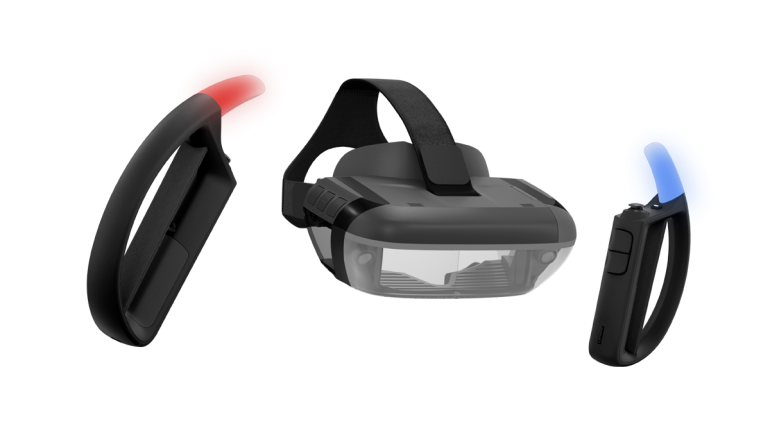 Lenovo on Thursday showcased Mirage augmented reality headset running a new game the company has built in partnership with Disney. The Mirage, which is similar to the Google VR platform, will soon let users play a game called MARVEL Dimensions of Heroes for which Lenovo has partnered with Disney. The game will allow users play as one of the Marvel superheroes and complete quests in virtual reality.

At IFA Lenovo announced that Mirage will now be accompanied by new and improved controllers. With the new controllers, players can use both hands to punch, slice and blast their way through exhilarating battles, while ducking and dodging enemy attacks, thanks to Lenovo Mirage AR’s freedom of movement, said the company.

According to Lenovo, the new controller allows for complex hand and wrist motions that combine offensive and defensive moves, and its control buttons are dynamically adjusted to function on hold release or press, allowing for intuitive open hand gestures and control of complex artillery.

It is worth noting that the Mirage is not a standalone VR or AR headset. It requires users to insert their phone in the headset, similar to how it is needed for the Google VR headsets, before they can access VR content.

The Mirage will continue to support the Star Wars: Jedi Challenges, a game that was launched earlier for it. The games for the Mirage are available in the Google Play store, although not all regions are supported. The MARVEL Dimensions of Heroes will be first available in the US. The game is free but the VR headset will cost money. Lenovo said that the Lenovo Mirage AR device will be available at $249.99 in the US starting September 6.

As far as the game is concerned, it will offer users three modes. In MARVEL Dimension of Heroes, players wield the legendary weapons and powers of Doctor Strange, Captain America, Thor, Black Panther, Captain Marvel and Star-Lord against a host of augmented reality Super Villains, said the company. The three modes are: story mode, survival mode and co-op mode.

In the story mode, players will have to defeat Dormammu. Players assume the role of all of the game’s six playable Super Heroes to battle the interdimensional forces that threaten the world, said Lenovo.