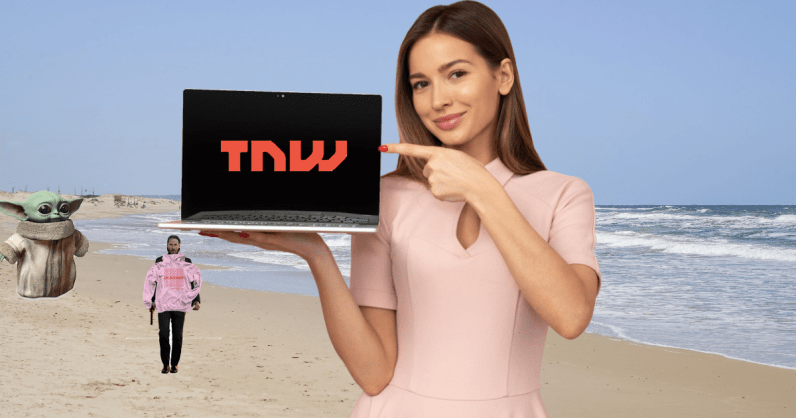 2019 brought us some nifty apps, websites and tools out there that make the dub dub dub a bit more enjoyable — and also saw us stick to a bunch of old favorites that are still going strong at the end of the decade. Here are our favorite things the TNW crew used online this year.

Email newsletters are great for staying up-to-date with news and insights from a wide range of sources, but it’s hard to keep track of them all in your inbox. Stoop is here to help: It’s like Google Reader for newsletters, in that it makes your subscriptions easy to browse.

The app also helps you discover new newsletters, just like podcasts. Its new version even lets you subscribe to YouTube channels right from the app. Plus, it creates a masking email ID for the newsletter, so you don’t have to give your personal address while signing up for new ones.(Ivan)

Early birds get all the good stuff

It’s a web-based app built by Adam King that lets you play with the spooky text-generator OpenAI released this year. You input a text prompt and the AI system finishes it for you. It may be a bit of a parlor trick – the AI doesn’t know what it’s saying – but if you keep pressing “complete text,” you’ll eventually get it to generate something that seems eerily human. (Tristan)

I’ve owned iPhone after iPhone. Ever since my first iPhone 5c, I’ve never backed it up to iCloud — and for no good reason, really. It was just something I refused, which resulted in countless notifications from Apple saying it’s been “87,359 weeks since I last backed up my iPhone.”

I could no longer face the notifications accusing me of being a terrible iPhone user, so I looked into what this whole “iCloud” thing was about only to find out you get just 5GB of free storage. Bear in mind, I was already about 30GB over the free limit.

Now, the only thing on my iPhone that I care about are my 5,000+ pictures, so I decided to use Google Photos to store them in the cloud, and I’ve never looked back. The app, which is available on both Android and iOS, automatically backs up unlimited photos and videos for free with a resolution limit of 16-megapixels and 1080p respectively.

If you need to store photos at full resolution, they count towards your 15GB storage on Google Drive. To get more storage, subscriptions start at just $1.99/month for 100GB or $2.99/month for 200GB.  It’s changed my life (and I mean no exaggeration by this), I’ll never run out of storage again, I’ll never risk losing all my pictures and photographs, and I’m happy to shell out $1.99/month until the day I die. (Cara)

As a self-confessed shopaholic, I love Honey. It’s a free browser extension that looks for discount codes before you check out from an online retailer. Once you’re at the checkout, Honey scours the web for the best discounts, coupons, promo codes, and offers. It then lets you apply them to your order.

The extension works on more than 20,000 websites including Best Buy and Amazon. It literally only takes a few seconds to install the plugin and it doesn’t interfere with the shopping experience. I’ve definitely saved a few bucks since downloading it. (Yessi)

When I saw that Ivan was working on a roundup of our favorite things on the internet, I couldn’t be silent as an aderent Game Pass user.Xbox Game Pass, Microsoft’s subscription service that gives you access to a ton of free games for ten bucks per month, has been around since 2017. But this year was the best yet in terms of new additions to the library. My personal game of the year, The Outer Wilds, was on there from the day of its release, and so was the similarly titled and similarly loved The Outer Worlds.

This year’s indie darling Untitled Goose Game launched on it too. The list goes on and on, you can read the whole thing here. The Game Pass is such a good deal that I’m considering getting the new Xbox at launch next year, something that was completely out of the question

I’m happy to see Sony is following suit by drastically expanding its PlayStation Now offering, but it’s still nowhere near as good as Game Pass. I bet we’ll see this competition between streaming services heat up as the new generation of consoles rolls out and I can’t wait to see it. It’s a wonderful time to be a freeloading game consumer. (Nino)

It’s an admittedly hackneyed choice, but my favorite app right now, without a doubt, is WhatsApp.

Let me explain. Privacy matters a lot to me, and so does the ability to customize how privately I use an app. In addition to end-to-end encryption, WhatsApp has also made it pretty easy to hide whether you’re online, when you were last active, and whether you’ve seen someone’s messages — all important stuff if you’ve got a tendency to ignore people’s texts, but don’t want to get on anyone’s bad side.

It’s also got a web version I can use when I don’t feel like typing from my phone. What more can I ask for, really? (Mix)

This year, I used the Goodtime productivity app a lot. It´s a Pomodoro timer, and it helps you get work done in short 25-minute bursts, with 5-minute breaks inserted in between. It has been a great tool for getting me to immediately concentrate on the work at hand. That’s really it. It serves a really simple but really valuable purpose. I use the free version and it already works perfectly, but you can also pay $5.50 for more premium productivity features. (Henry)

Related tags : 2019: favorite in Internet on our The Things